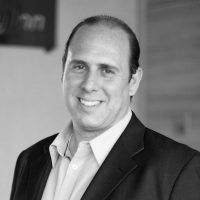 Simon Morley is a successful hospitality leader with over 27 years of hospitality experience. After 14 years with IHG, in 2015 Simon took on the dynamic role of Vice President – Asset Management with Narai Hotel Group, spanning a portfolio from Australia, South East Asia to Europe. Now he is also the Chief Operating Officer for the Lubd Hostel Group, a part of the Narai Group.

As COO of Lubd, Simon is supporting the expansion of the group, as well as managing all aspects of the operation and corporate team. Lubd Hostel Group opened their first hostel in 2007 in Bangkok, second in 2009 in Bangkok, and third in 2016 in Phuket with 287 beds – the largest hostel in South East Asia. Lubd Phuket was voted the best new hostel in the world and is No.1 on TripAdvisor for Patong. In 2017, the Lubd Group will open a 222-bed hostel in Siem Reap, Cambodia and a 230-bed hostel in Makati, Philippines. New assets will be added to the Lubd portfolio in South East Asia in 2018.