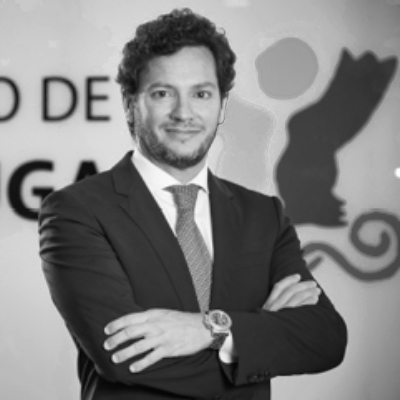 Luís Araújo is the President of Turismo de Portugal (Portuguese National Tourism Authority) since February 2016 and President of NEST – Tourism Innovation Center in Portugal. He is also President of ETC, the European Travel Commission, since September 2020.

Luís has a degree in Law. He has served as a Board Member at Group Pestana, responsible for the Hispanic America hotels operations Argentina, Venezuela, Colombia and Cuba. From 2001 to 2005 he worked for the Brazilian branch of the company where he was successively Board’s Associate for New Projects in Brazil, Board Member and Vice President for the Group Pestana in South America, with responsibility for New Business Development and Area Operations. He served the Portuguese Government as Head of the Cabinet of the Portuguese Secretary of State for Tourism between 2005 and 2007.