Russia has been an independent state (but remains a founding member of the CIS alliance) for 26 years and has a population of 146m. However less than 4%, or about four million Russians, have a passport and an even smaller number speak English or another language. On a brighter note, those that are multi-lingual tend to be under 35.

With four million citizens as passport holders, Russia has a similar market potential to countries such as Denmark, New Zealand, Ireland or Israel. These countries are major youth travel markets in their own right. In there lies ‘the Russian opportunity’.

So, who is successfully reaching this Russian-speaking market and fulfilling all that potential? One is Denis Smorchkov, Director of TravelWork and a graduate of a Camp America Programme in 1998. Denis has been offering work and travel, volunteer and education programmes for more than 17 years now and he knows how to market efficiently and cost-effectively to Russian-speaking youth (and it seems just as importantly – their parents).

Given the size of Russia, and the consequent geographical dispersal of TravelWorks potential markets, Denis finds on the ground logistics tough and also prohibitively expensive. Five time zones and the huge distances between Russia’s major cities add to the time and cost of physically finding the Russian youth market.

Consequently he focuses most of his efforts online. He says this is the most effective method and puts most of his marketing resources into it. 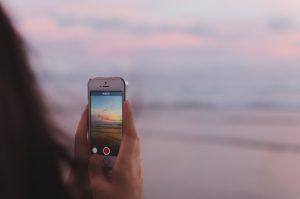 The company recently turned its website into one big blog, a large reservoir of success stories. This blog was recently announced as ‘Best Travel Related Blog in Russia’. “When marketing to Russian-speaking youth the key is to present the story of success,” Denis explained.

The blog also presents discreet and limited links to programmes and pricing. Visitor time on site is over five mins and repeat visitation is over 50%. Denis views the blog as more of a magazine or newspaper, a reading resource of content and past client success. Suggesting sales are done elsewhere.

TravelWorks leverages their social media assets and each in its own uniquely different way. Instagram is their location for secret information, ideas and innovations; Facebook is the front door to their programmes with lots of content and information; and Vkontakte (Russia’s version of Facebook) is where TravelWorks loads its commercial offers, selling opportunities, discounts and events.

This diversification was adopted in 2016 and has created some great successes. TravelWorks now has more followers, more enquiries (especially from Instagram) and more sales. Conversion rates of those Instagram enquiries are now in the region of 30%, Denis puts this down to the time the potential markets have been reviewing social content.

Finally TravelWorks is taking in-house webinar production to new levels for any Russian travel provider. He creates webinar content in-house which is pushed out via YouTube on a very tight budget (EUR 100 per production) and can have 120-150 people watching each video. The videos are human stories of success (company reviews or testimonials), are seen to create demand and TravelWorks will frame a product or product range around that demand.

Denis’s team will also carry out Google searches around the content keywords and then SEO their site to ensure traffic moves from YouTube marketing to online sales. This also creates recognition and customer loyalty-allowing him to compete on more than just price.